Don’t Put Children In The Middle Of Divorce 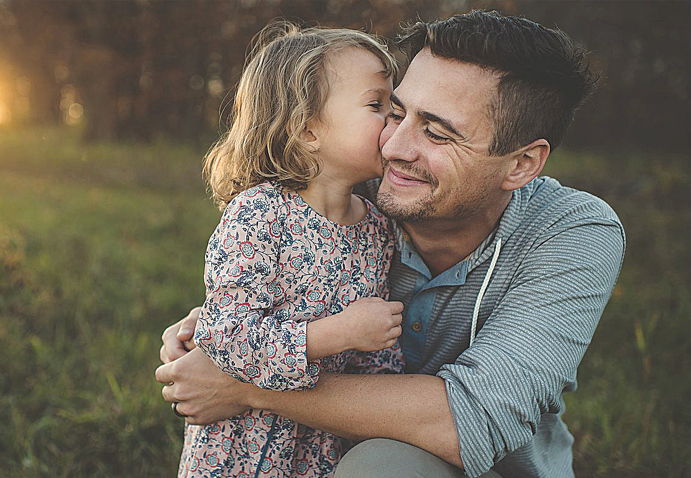 We were a family… and then suddenly we weren’t.

Looking back, that’s how quickly it seems my parents’ marriage ended. I recall that I, a youngster of 12, was playing touch football across the street with my dad and some neighborhood kids when my mother, in tears, called from our front porch for my dad.

He went in to talk with her. When he came back outside, he was carrying a suitcase. He didn’t come back. Months later, as a Navy doctor, he went to Vietnam as Chief Commanding Officer of the 101st Marine Medical Battalion. What he did there, I will always be proud of. What he left behind was a wife, me, and two young daughters, nine and barely one. I, suddenly, had become the man of the family.

The details surrounding my parents’ divorce could be told thousands of times over – my mother discovered my father had been unfaithful – but I only share some of my personal story in an effort to convey a broader message to parents.

Although the memories and feelings I still carry about my own childhood and adolescence are complex, my message is quite simple – with every bit of power and might you possess, keep your children out of all of the “mess” of divorce.

My parents managed to do that for my two younger sisters and me. There was pain we all have carried throughout our lives. But here’s what we don’t carry with us – memories of sitting in a lawyer’s office or hearing one of our parents bad-mouth the other. To this day, I have no idea what the financial terms of their divorce were. I don’t know if there was a court proceeding. I never once spoke with a judge or attorney.

And even when, as a teenager, I lashed out with resentment from time to time, my parents acted as adults and showed us love and understanding, not anger.

As time went on, they even began coming to the same family functions, like Christmas and graduation ceremonies, each with their new spouses in tow but also always with smiling faces and kind words when they greeted each other.

This is important because consistency is important. Children see their parents as their lifeline, their constants. Your children will look to you for assurance and acceptance from birth until your death. They need now – and will always need – your love and support.

If, in the emotional drama surrounding your divorce, you instead turn to your children as a sounding board for your frustrations and criticisms of your former spouse, you are ultimately only hurting your relationship with them. And you’re hurting the chances of creating happy marriages and families of their own one day.

We all want what’s best for our children, right?

To that point, it’s worth noting that, as hard as divorce can be on kids, living in a volatile household full of fighting or devoid of love can be even harder. If you are considering divorce, remember that staying together for the children isn’t always the best route. Sometimes, the most compassionate solution is to split up for your children.

If you need help navigating your own separation and/or divorce, contact us at The Lea/Schultz Law Firm at (910) 239-5990 to request an initial consultation, or visit www.theleaschultzlawfirm.com.

Jim Lea has been practicing law for nearly four decades. In 1996, he received an “A preeminent” rating from Martindale Hubbell, an honor earned by only 10 percent of the country’s lawyers. Since then, he has been named a “Super Lawyer,” honored as one of “The Best Lawyers In American” and “preeminent lawyer,” all for over 10 years. He was recently inducted into “Lawyers of Distinction,” limited to the nation’s top 10 percent of lawyers. His firm has been named by U.S. News and World Report as one of the nation’s top law firms for more than five years.