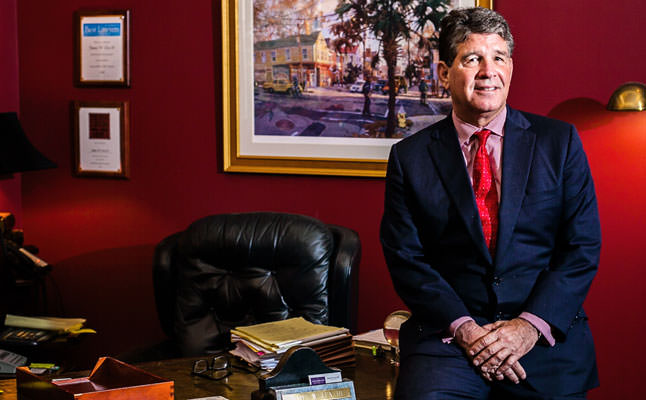 It’s official: James W. Lea III of the Lea/Schultz Law Firm has been named a Super Lawyer for the 11th straight year. He’s part of a select list of Super Lawyers in all 50 states and Washington, D.C.

Lea won the coveted title through a stringent selection process that includes independent research, peer nominations and peer evaluations. The Super Lawyer service chooses outstanding lawyers in 70 areas of practice. Each candidate is evaluated on 12 indicators of peer recognition and professional achievement. 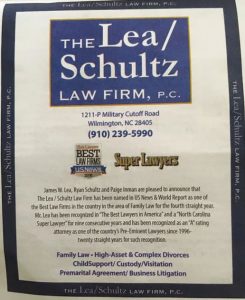 Super Lawyers Magazine profiles these notable attorneys in a magazine that reaches the legal profession, and in special sections in regional magazines across the country.

James W. Lea III has practiced family law for most of his 30-year career. His arguments and advocacy have led to landmark law changes in North Carolina in the areas of child custody, child support, alimony, equitable distribution and parental rights.

Judged Super Lawyer by a Jury of His Peers

The North Carolina Bar Association has chosen 100 cases to be the most important landmark cases in family law. Of these,James W. Lea III has been recognized in 15 cases—a remarkable record.

That’s part of why Lea has again received the Super Lawyer designation. Peer recognition is a big part of the Super Lawyer selection progress, and Jim Lea is well-respected due to his accomplishments and community associations. Jim Lea has served as:

Lea also served as past president of Residents of Old Wilmington, chaired fundraising for the YMCA, and sat on the board of directors for the Opera Theatre Company and for the Historic Wilmington Foundation. He also created an annual scholarship at Cape Fear Community College. Wilmington is proud to recognize Lea as a Super Lawyer.