A Divorce Lawyer’s Advice For A Successful Marriage 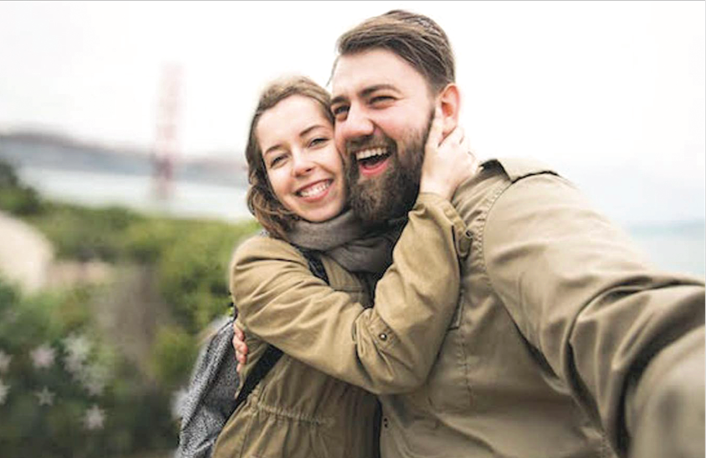 As an experienced family lawyer, I have seen plenty of examples of what not to do in a marriage. From that vantage point, I have developed a quick list of rules to help couples sustain their wedded bliss and work together with respect as true partners in life and love.

Considering all the demands on our time – careers, kids, social obligations and errands, among them – married couples can end up spending most of every day apart.

So, why, then, can’t they make that little bit of time together work?

One way to ensure smooth sailing is to develop routines. They don’t have to be boring, but they don’t have to be over-the-top or out-of-character, either. If you enjoy the same TV show, plan a recurring a pajama date night on the couch with popcorn. Pick a night or two each of you will head up cooking dinner or getting the groceries. And it’s always best to go to bed at the same time, whenever possible.

Becoming a couple doesn’t suddenly limit your identity to being one half of a pair.

Some important commonalities likely brought you together, and it’s great to enjoy those with each other. But it’s likely you each have your own hobbies, passions and personal preferences and it’s ok to pursue them separately.

More than ok, it’s crucial to a successful union because it helps you grow as individuals and together as a couple.

Although it’s great to show an interest in what your spouse enjoys – and perhaps indulge them by participating, even if you don’t share their enthusiasm – it’s also healthy to establish your own identity.

In the same vein as the rule above, there can be such a thing as spending too much time together.

It’s a blush-inducing topic, but I’m referring mostly to bathroom and grooming habits here. If you want to lose the image of that dapper man or lovely lady you fell head over heels for, the fastest way to do so is to be way too up close and personal. A separate bathroom – or at least separate sinks and counter space – can go a long way toward limiting the, um, less than attractive habits.

Beyond the bathroom, creating designated places for hobbies or work responsibilities – a spare bedroom that also serves as an office or exercise spot, rather than at the kitchen counter or in the living room, for example – also prevents some minor annoyances that can become cavernous over time.

Rule #4: Speak Your Mind…in a Way Your Partner Will Hear You

The differences between men and women can be a touchy subject best not to tackle, but in this case, science supports it. As research from psychiatrists and linguists alike have shown, gender can to some degree affect how you communicate.

Men, for example, tend to hear a woman’s feelings as a problem to solve, not a story to share in. But women tend to do just that – share or vent – and therefore often offer more of an empathetic ear than a practical outcome.

Since most arguments are the result of miscommunication, the solution is in compromise. Simply keeping in mind those differences and making slight adjustments in your approaches to each other can prevent pointless fights and foster a stronger bond.

Most successful couples will tell you being happy is so much more rewarding and sustainable than being right.

There will be times when you know you are right, and times you might not realize you’re wrong. Either way, it often doesn’t matter. If each of you put aside your pride and put yourself second to the person you love and the family you’ve created, you’ll find that hearing “I love you” will warm you in a way saying “I told you so” never will.

Jim Lea has been practicing law for 36 years. In 1996, after only 16 years of practicing law, he received an “A preeminent” rating from Martindale Hubbell, an honor earned by only 10 percent of the country’s lawyers. He has also been named a “Super Lawyer,” honored as one of “The Best Lawyers in America” and “preeminent lawyer,” all for over 10 years. He was recently inducted into “Lawyers of Distinction,” limited to the nation’s top 10 percent of lawyers. His firm has been named by US News and World Report as one of the nation’s top law firms for over five years.